Higher Levels of Vitamin B6 Reduce the Risk for Lung Cancer 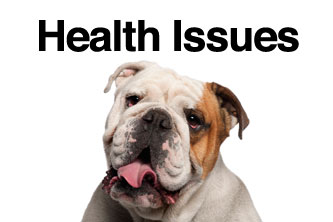 A major study in the Journal of the American Medical Association involving 400,000 participants shows that higher blood levels of vitamin B6 and the amino acid methionine reduce the risk for lung cancer, even in smokers or former smokers.

Interestingly, the finding that higher methionine levels are associated with reduced cancer risk throws a monkey-wrench in the general theory of Western medicine and it is somewhat comical that the study itself or the press release fails to explain the significance of this finding.

In the generally defunct theory of Western medicine as a preventive health paradigm whenever any compound naturally occurring in human metabolism is associated with disease then the automatic goal becomes to starve that compound to excessively low levels under the misguided notion that this somehow produces health. The massive cholesterol fraud, centered on the notion of lowering LDL to abnormally low levels, is but one example.

The recognition that elevated levels of homocysteine cause heart disease, cancer risk, nerve degeneration and a variety of health problems has resulted in a lot of research over the past decade. The precursor to the formation of homocysteine is the amino acid methionine, which is why measuring it was part of the study. The researchers were expecting to show that high methionine resulted in high homocysteine and consequent increased risk for lung cancer. This would then result in a public health proclamation to lower intake of foods that are rich in methionine such as red meat and dairy products. Imagine their surprise when they found that high methionine was protective against lung cancer when also associated with high vitamin B6.

This is an important health lesson because it demonstrates that simply trying to suppress a health marker by either dietary “starvation” or a drug-based sledgehammer (like a statin drug) has many unexpected consequences and is not a fundamental principle of being healthy.

Sulfur-based homocysteine metabolism sits right in the middle of hundreds of biochemistry reactions that are vital to health. In health a primary objective is to get systems in your body to function normally. You need methionine in your diet to help drive this natural process. You need B6 and folic acid, as well as other cofactor nutrients, to naturally metabolize and dispose of the homocysteine that is produced during this naturally process.

Until the general health community learns to think more intelligently about health the public is at extreme risk from following the drug-based recommendations of a profession that seldom understands the impact of the medications they are prescribing on multiple aspects of health.

Your only defense is improving your own understanding of health and taking as good of care of yourself as you possibly can. Higher levels of vitamin B6 are needed to metabolize dietary protein in a healthy way. When supplementing B6 always use the coenzyme form (pyridoxal 5′ phosphate) which is the exact form used in human metabolism. Cheap forms like pyridoxine HCL make a nerve irritant as they are metabolized which can negate their health benefits and even cause nerve problems. The coenzyme form of vitamin B6 does not have this side effect problem.

3 Permits To Function A Meals Cart

There are two different classes of technology of human resources within the healthcare trade. Tanning salons and businesses in that state that supply tanning providers at the moment are also required to register with their […] […]

Suggestions For Your Kid’s Health

Health Insurance is among the most important needs in one’s life, typically, it’s accessible by teams and to people. Authorization of a medical procedure may be given nonverbally, similar to an look at a doctor’s […]

What to Look For In a Post Construction Cleaning Company Property construction are common projects in many towns or cities. The construction may be I form of renovation or a new one. It can be […]

The Ultimate Guide to Guide

Best Outdoor Camping Resorts. The love for adventure is growing as more people are getting more wealthier and getting more money to spend. The population is into different adventures like fishing, wildlife and for our […] […]